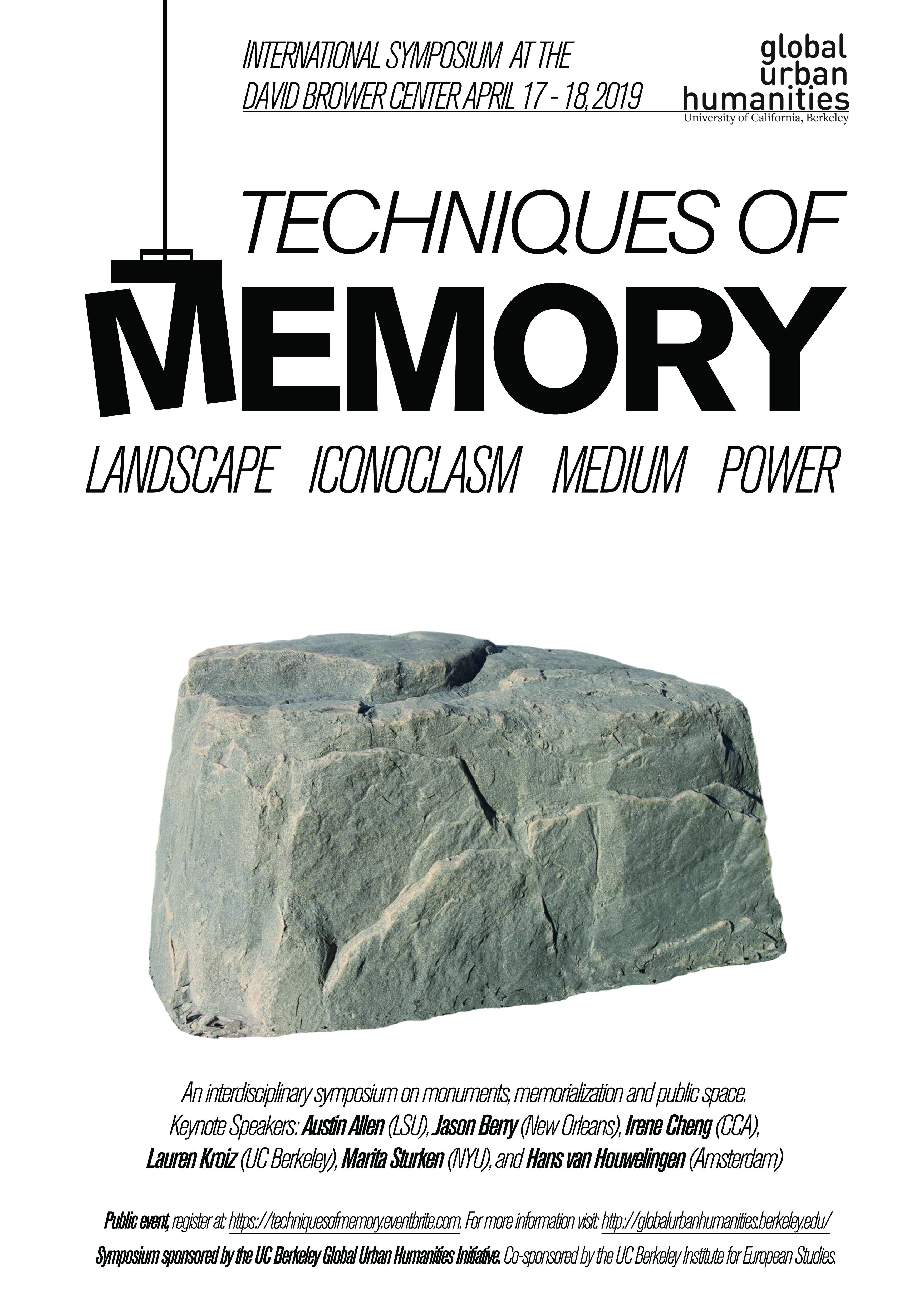 A FEW SPOTS ARE STILL AVAILABLE. EMAIL SARAHHWANG@BERKELEY.EDU TO REGISTER.

Before World War II, Robert Musil famously claimed that there was nothing in this world as invisible as a monument. Yet, recent events in Charlottesville, New Orleans, and elsewhere signal Musil might have been mistaken: monuments and memorials can be easily awakened to inspire activist movements and shift local politics. While old monuments are falling, new memorials are being erected at heightened speed. The distance between an injustice, tragedy, or deed, and its memorialization seems to be rapidly decreasing.

The foundational literature on memorialization, which includes classics such as Pierre Nora’s Lieux de Memoire, James Young’s The Texture of Memory, and Andreas Huyssen’s Twilight Memories, dealt with a historical phenomenon rooted in the 80s and were heightened by anxieties about the new millennium. Nearly three decades later its seems pressing to reassess the role that memory and its physical manifestations –memorials, monuments, plaques, calendars, photographs– play in our contemporary world. The 2019 Global Urban Humanities conference, Techniques of Memory, invites scholars, artists, architects, and activists to come together to analyze memorialization as a historical phenomenon, discuss the contemporary role of memorials, and examine the changing role of memory in diverse geographical areas and historical periods.

Techniques of Memory: Landscape, Iconoclasm, Medium and Power will be a two-day symposium organized by the Global Urban Humanities Initiative at UC Berkeley, from April 17th to 18th 2019 at the David Brower Center in Downtown Berkeley. Following the principles of the Global Urban Humanities Initiative, our symposium seeks to bring together not only scholars, but practitioners, activists and artists to think about monuments, memorial landscapes, iconoclasm, mediums and materiality, as well as memory politics and power from the unique interdisciplinary standpoint that this platform provides. The symposium will consist of four panels: Landscape, Iconoclasm, Medium and Power.