At a time of increasing data–orientation, Greg Niemeyer and Ronald Rael brought us a great lecture to rethink building the city based on data collection and use. The system they proposed for data collection and amendment as a way to sense and “upload” the city inspires me a lot and reminds me of the concept of “collective intelligence,” which is shared intelligence resulting from collective effects and appears in consensus decision making. 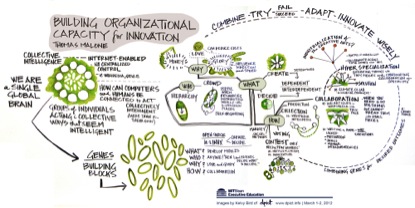 
As they mentioned in the lecture, the data collected from citizens can help cities, counties, developers and designers to figure out priorities and understand how citizens want to use the place.  This data can present not only efficient customer feedback, since the citizens are the users of the city, but also a significant collection of social knowledge. If the system achieves maturity, the way we plan and design the cityscape, with more citizen involvement, will change a lot.

There is an interesting city phenomenon which is actually a new order happening in China based on public scrutiny from review websites. There was a big demand for basic goods and services when China’s economic reform began in 1978. In that period, business success meant imitating western countries by importing goods and services, which caused low quality-of-life services in China. People were so “hungry” to grab things for their homes that even they had no time to complain about the poor quality of services. What changes the situation now is that apps and websites used by people when rating a restaurant or something else in China are platforms that bring a huge group of people’s feedback together and create a new user-driven standard for the market. 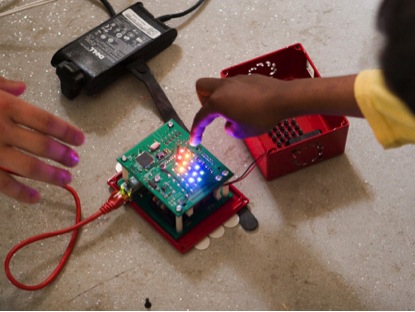 
This is a clear example of how people evolving with data technology can ‘reshape’ their daily lives. So, the method Greg talks about in his art project the Black Cloud (2008) inspires me a lot. Black Cloud helped high school students sense air quality and take actions to benefit indoor air quality. Also, this series of methods could be an effective way to collect citizens’ group wisdom and use the data to improve and reform the city. However, some problems deserve much research work such as how to quantify data on human behavior.

Mengyuan Jin is a student in the Master of Landscape Architecture program at the UC Berkeley College of Environmental Design.