On Saturday, February 27, Ava Roy, Artistic Director of the We Players site-integrated theater group led students in a workshop at the foot of the Golden Gate Bridge to learn methods of using movement and bodily awareness to investigate public spaces.  For a complete description of the workshop, which was sponsored by the Global Urban Humanities Initiative, and other experiments in dance and architecture, see this blogpost.

My recent fascination with Lawrence Halprin's design process and the development of my studio design is what brought me to Ava Roy's workshop.  In studio, I have become increasingly interested in how landscape design can not only benefit places ecologically, but also how it can create a theatrical stage for people in civic spaces to perform at all scales, from concerts and protests to the stand alone street performers.  It seemed like a perfect match!

However, I was still uncertain of what to expect, as I am new to the field of making spaces and even newer to the world of performing arts.  In any case, the workshop did give me a great excuse to visit Fort Point, which is an incredible site.  From the beginning, I felt at ease with Ava.  She did not start with lecturing us or even giving us context. 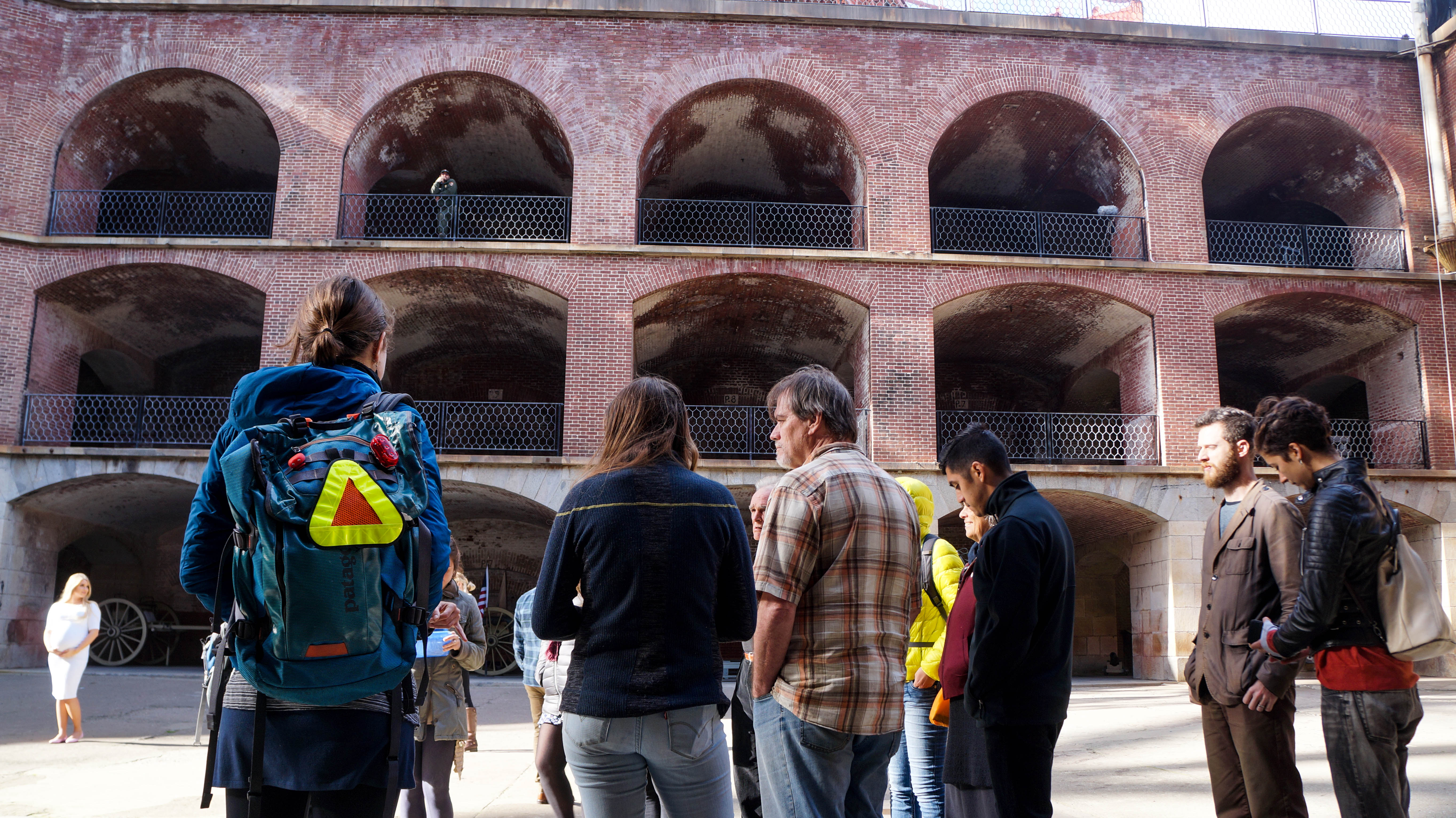 She began with awakening our senses by asking us to close our eyes for just a few minutes and allow the other senses to take hold.  What do we hear in the distance?  What do we hear at our feet?  How does that make you feel?  I almost immediately entered a calming, meditative state.  It reminded me of practicing yoga, which helps to relieve the stresses of my day and ground me in my senses, which are often blurred with all the other noise of the day.  The exercises continued throughout the workshop and helped with bringing the group together and bringing meaning to the place.  It was an effective tool to shut out the outside world and bring yourself to be with the space and notice things that would otherwise be hidden at first glance.

That is what I found so powerful about the workshop.  This kind of approach to the space allowed Ava to be successful in her production.  She diligently studied the space in a manner that soon revealed to her where, when, and how to set up her performance and this led me to think, “How can I bring this to my design?” 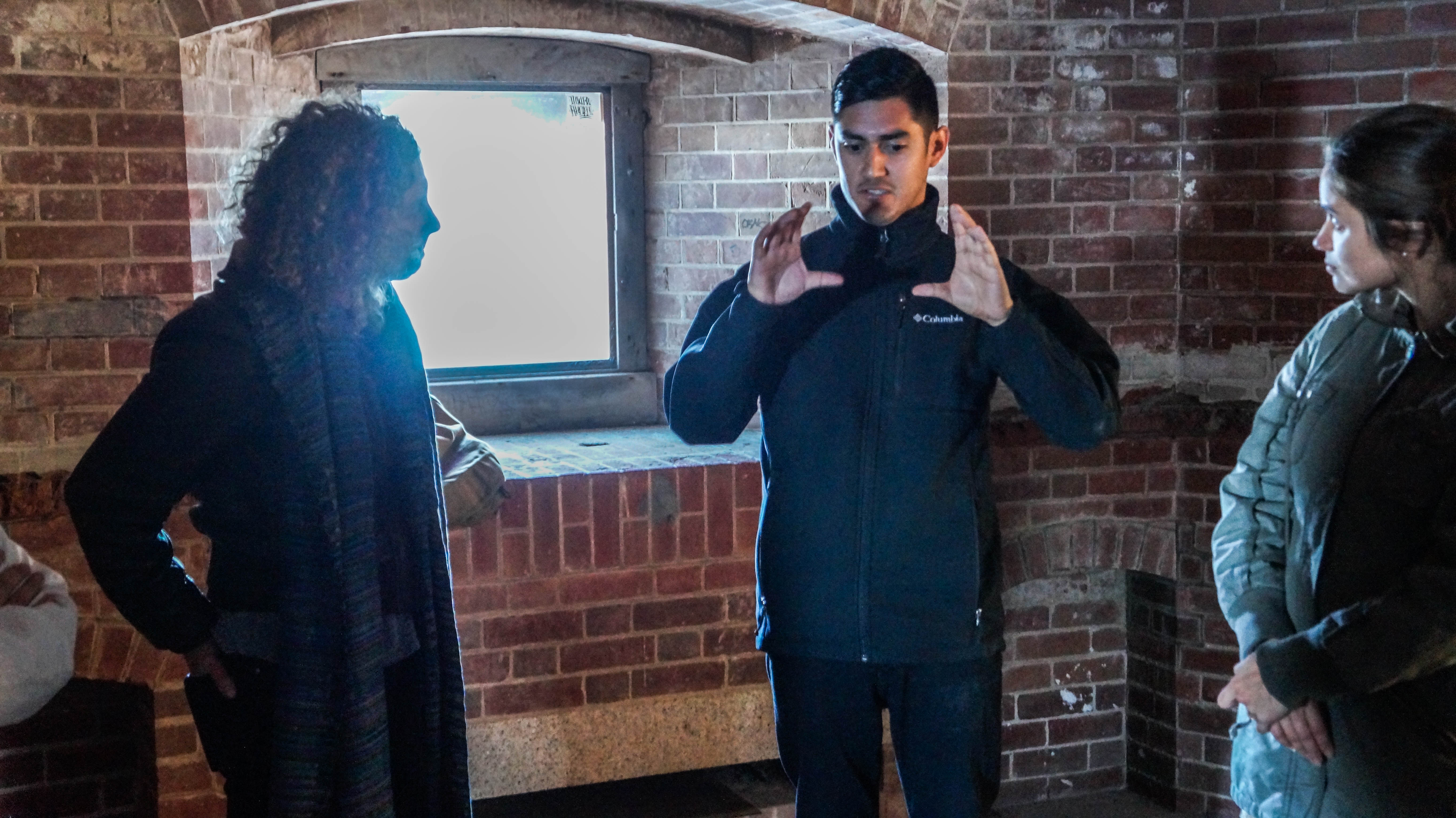 It is often that we find ourselves glaring at our phones, listening to our headphones, browsing social media, or performing other daily rituals that allow us to be unaware of our surroundings.  And thinking in terms of design, it presents a major problem because it is very difficult to make people stop and take notice.  However, the series of exercises I just underwent revealed the space in a way that I would not have captured otherwise.

Can I use these exercises in my site analysis?  It seemed clear that they can be another set of tools to make sense of the current state of the site.  This kind of practice can reveal the awful noise of a site but it can also shed light on the uniqueness or beauty of a site.  This is where one can harness, for example, a faint pleasant noise and bring it to the surface to contribute to a more complete design.

On Choreography, Power and Public Space 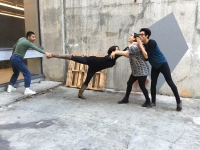 by Susan Moffat, Project Director, Global Urban Humanities Initiative How do bodies construct and inhabit public space? In the past week I had the opportunity to participate in three transformative workshops—two sponsored by the Global Urban Humanities Initiative--that used dance, movement, and mindfulness to explore public space. Teatro Campesino in Wurster Hall, the Central Valley and Mexico City 2/25/2016 In a narrow, high-sided concrete courtyard hidden in an outdoor corner of the Brutalist Wurster Hall, Kinan Valdez of Teatro Campesino asked students and faculty to growl and shout; to walk, crawl, and leap; and to engage with props such as…