Reimagining the Urban participants have been asked to submit a blog post “on a keyword you see debated in the Bay Area arts, policy, and planning landscape.” This posting is by Louise Pubols, Senior Curator of History at the Oakland Museum of California. It was originally posted in the Arts Research Center of UC Berkeley blog ARC Muses. 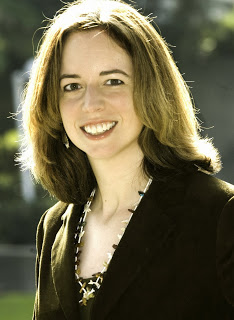 How will the baylands be used?  And who will use them?

These two questions lie at the heart of the environmental history of the San Francisco Bay, and current debates over its uncertain future.  A richly productive estuary, San Francisco is also densely urban. Its landscape is the joint creation of people and nature, locked in a relationship neither can escape from. And if you were to pick one spot around the bay’s shoreline to illustrate just how contentious this relationship has been over time, you’d be hard pressed to find a more richly layered one than the wet and squishy ground underneath this wooden dragon.

This bit of renegade art once stood among many such pieces in a marshy crescent called the Emeryville Mudflats, where Temescal Creek empties into the bay.  Long before weary travelers sighted it on their approach to the San Francisco-Oakland Bay Bridge, long before the first Europeans finally found the opening to the bay, Ohlone people managed and shaped this landscape.  They harvested and ate from the natural world, feasting on shellfish and waterfowl, making tules into watercraft and homes, and crafting shell regalia and reed baskets for ceremony and trade.  One of their major villages was found just inland, and dominating the shoreline by the creek were a complex of shellmounds.  The largest of these stood 300 feet long and 60 feet high at its peak, both a place where the remains of meals were deposited, and a burial site of the village’s ancestors.  When Spaniards first arrived, the village and burial mounds had been abandoned, and, not knowing this was a cultural feature, they called it “Temescal Hill.”

In the 1870s, Americans used the land for a private park, complete with shooting range, racetrack, beer gardens, picnic grounds, and a dance hall built on the leveled top of the mound.  At the same time, and into the twentieth century, citizens of Emeryville used the flow of the creek and the bay’s tides to advantage, building a series of slaughterhouses along the shoreline here, dumping sewage, and later siting factories making iron, paints, and pesticides. Railways and freeways separated residents from access to the shoreline. In the 1920s, the mound itself was razed to create more room for industry. These new uses edged out eating and harvesting as the primary human use of the tidal margin.

But in the latter half of the 20th century, a new awareness of the environment came slowly to the fore.  In the 1950s, the East Bay Municipal Utility District built a sewage treatment plant just south of the crescent, mitigating the classic stench the area had become infamous for. But the land, still ringed by industry and freeways, was still a bit more “backyard” than “front yard”—a private, unregulated place for working, dumping, and burying unwanted junk. Into this sort-of private, sort-of no-man’s land, artists and art students from the local area snuck in the 1960s and 1970s, erecting sculptures from driftwood timbers and junkpile boards, painting and embellishing with flattened beer cans and bits of metal.

Inspired by the environmental movement, the state began to turn attention to the mudflats and marshlands in the 1980s, and asserted that the art was damaging the ecosystem and wildlife of the crescent.  Caltrans officials started removing the sculptures, and the East Bay Regional Park District acquired the property and begin to clean up the industrial contamination. At the same time, the city of Emeryville began to replace the heavy industries with retail, housing, and hotels.

This bit of tideland is now part of the McLaughlin Eastshore State Park, stretching from the Bay Bridge to Richmond, and recently named in honor of Save the Bay co-founder Sylvia McLaughlin. Every day, people walk, bicycle, and birdwatch here.  But you will not find anyone fishing, digging clams, buring the dead, slaughtering cattle, shooting target practice, dumping sewage, cleaning paint vats, or making art. People pass through, they admire the view, but they do not stay.

“Of all the remarkable changes in San Francisco Bay’s shoreline over the past two hundred years, none is more dramatic than its abandonment as a place of work….Ecologists and environmentalists who want to restore the bay—people genuinely concerned for the heritage of future generations—should remember that among the greatest losses in the past century has been human knowledge of the tidal edge, knowledge gained through working in those places.  … That fading sense of connection is a radical change, even more radical than the past century and a half of chemical poisoning, filling, draining, and diverting rivers. The greatest danger for the human relationship to San Francisco Bay is to ignore it. Removing people and their work from the tidal margin would be a terrible loss.” (Down by the Bay, p.189)

The Dragon is gone. Who is the shoreline for now? How will it be used? Who gets to decide?