We asked Padma Maitland to tell us about his experience participating in the Global Urban Humanities Initiative and how it shaped his current academic and professional career. Padma Maitland received the first Global Urban Humanities Student Publications Grant for the Urban Pilgrimage issue of Room One Thousand. He is currently working on two doctoral degrees at UC Berkeley, one in the Department of Architecture and the other in the Department of South and Southeast Asian Studies. His dissertations focus on modern Buddhist art and architecture, and the intersection of Buddhism and travel in Hindi literature. Prior to his graduate studies at Berkeley, he was the Assistant Art Director of the Swayambhu Renovation Project, where he worked with a team in Nepal to restore the Swayambhunath Temple—popularly known as the Monkey Temple—one of the most iconic temples in the Kathmandu Valley. He was also the Jane Emison Assistant Curator of South and Southeast Asian Art at the Minneapolis Institute of Art, where he organized the exhibition Home and Away featuring a set of Letters by the artist Amar Kanwar. 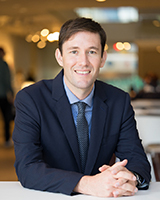 I have been involved with the Global Urban Humanities Initiative in a couple of ways. I was the co-recipient of the first student publication grant, working with Lawrence Yang to co-edit a special issue of the journal Room One Thousand on the theme of "Urban Pilgrimage." Our faculty advisors for the project were GUH Faculty Dr. Winnie Wong and Dr. Andrew Shanken. You can access the issue via e-scholarship here or via the journal's website here. After that I served as a member of the GUH student advisory board.

Around the time GUH was launched, I was busy working with a small group of students to found the Architecture Department's journal Room One Thousand. Its main objective was to explore the potential intersections of architecture and the humanities and it was great to see how what we were doing aligned, but also differed, from the kinds of projects being developed as part of GUH. More than anything I enjoyed the chance to be part of a campus wide conversation on different approaches to studying cities, as well as the chance to interact with a diverse and engaging group of students and faculty GUH has managed to bring together from across the campus.

How did your experience help you with your current research or career?

Being a part of GUH allowed me to interact with amazing scholars, artists, intellectuals, and to really benefit from their advice and guidance in my research and other projects. It also showed me the value of creating forums where people from different fields can come together to collaborate and explore new ideas. I have tried to make similar moments part of my research and career.

What was your most memorable GUH experience?

The best part was always the conversations, but a particularly memorable moment was at a special presentation during one the GUH colloquium (click here for Fall 2018 speaker schedule). The two recipients of the GUH student publication grants were presenting their work. It was great to see how each group approached the project and I remember having so much fun sharing the joys and challenges of putting together a publication. I think the ability to both support and challenge each other is one of the truly amazing aspects of GUH.

Varanasi. Famed as one of the oldest continuously inhabited cities in the world, the city presents itself as an almost complete microcosm of India and even the world. The cycles of life and death, joy and suffering, are played out along the shores of the Ganges River. Walking along the ghats, you encounter sadhus, tourists, and pilgrims. Mourners sit besides groups of photographers. School children play cricket next to people washing clothes and burning corpses. If you take a boat ride down the river, you'll likely be invited to place an offering in the sacred waters, adding your wishes to thousands of others who put their trust in the river's power each day. It is also a city of joy and discovery. Every corner or alley seems to have some unexpected story, courtyard, or temple, reflecting a continuous effort to develop the city according to the changing ideals and fashions of the times and all those who have lived and traveled there.