Lecture by Charisma Acey and Ivy Mills for Fall 2018 Colloquium The City and its People.

Fall 2018 GUH Colloquium student Rachel Cook wrote the following reflection on the October 9th lecture given by Charisma Acey, Assistant Professor of City and Regional Planning, and Ivy Mills, Lecturer in the History of Art. 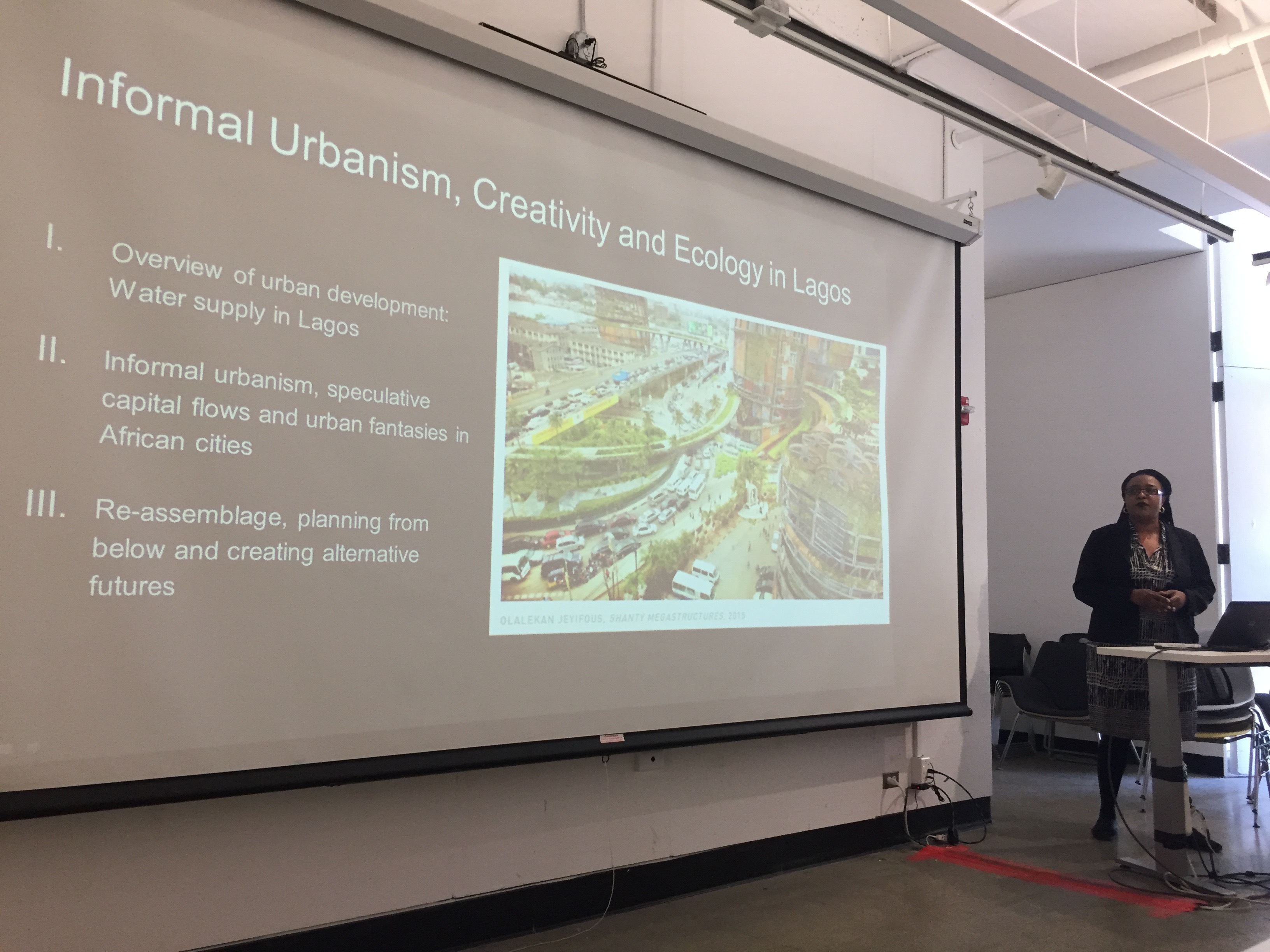 Charisma Acey (Assistant Professor of City & Regional Planning) and Ivy Mills (Lecturer in History of Art) shared their research on urban development and contemporary arts culture in Lagos, Nigeria. Lagos—the fastest growing city in Africa—epitomizes many of the challenges and possibilities that come with rapid urban growth. Home to an estimated 14-20 million residents, the city has become the cultural and economic center of Nigeria. It is the capital of the country’s film industry, and the center of the nation’s literary production, launching writers like Chinua Achebe and Chimamanda Ngozi Adichie onto a global stage.

But this growth is not without challenges. According to Acey, the legacy of the colonial encounter has had long-term impacts on the urban landscape in Lagos. The city’s history was founded on deep racial and social inequalities which can still be felt today. The story of Lagos is really “a tale of two cities”: on one side is the State’s vision for elite-centered, foreign investment-driven urban development. On the other are the blighted areas with informal settlement and residents living on less than $2 per day. These spatial and social inequalities are rooted in the city’s colonial past; displacement of economically disadvantaged populations began under British rule with widespread slum clearance done in the guise of public health. The same type of displacement continues today, as foreign speculators and the State take over public swampland (often the site of informal housing settlements) in order to realize their vision of Lagos as an international megacity. 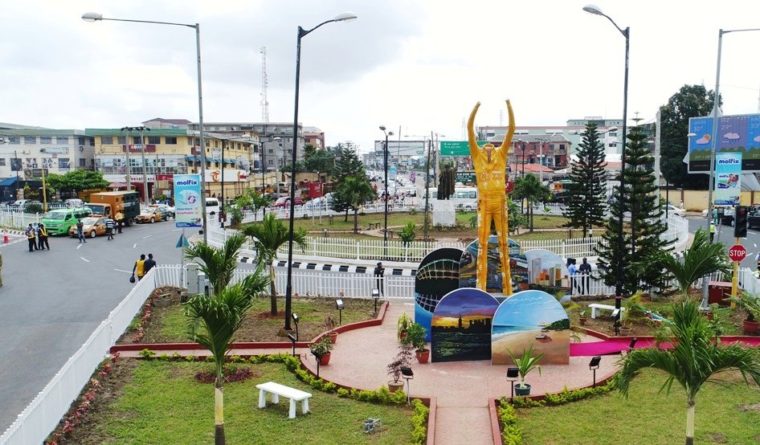 The disparities between different social groups in Lagos have manifested not just in terms of land, but also in terms of access to infrastructure and essential resources. The Lagosian population is growing exponentially, but sewage and water systems are not pacing with that growth. In some cases, a single pipe might serve hundreds of people, leading to unpredictable access and dependence on a privatized water market. Some researchers have suggested that the intermittent water supply in some cases could be due to a deliberate withholding of water intended to drive certain populations out of areas speculated for development.

The competing visions of Lagos’ future have carved deep divisions in the city, but the conflict has also mobilized local arts advocates, NGOs, and artists—all of whom are responding to the crisis with creative forms of protest and more inclusive visions for Lagos’s future. Ivy Mills pointed to a 2018 exhibition sponsored by the Justice & Empowerment Initiative, which showed photographs of the displaced Otodo Gbame community. The images were displayed in an upscale hotel lobby in the hopes of raising awareness about displacement in Lagos. This turn towards visual activism is just one of many exciting phenomena emerging from the city’s ‘art renaissance’. In addition to NGO-sponsored art activism, a variety of creative cultural centers are cropping up throughout the city in the form of public sculptures, state-sponsored festivals, privately-owned art galleries, and contemporary art spaces.