Professors Greg Niemeyer and Ron Rael are co-teaching a course entitled SENSING CITYSCAPES: SENSORS, CITIES, POLICIES/BASIC PROTOCOLS FOR NEW MEDIA in which students create and interrogate tools for collecting data on urban metabolisms. Through a suite of practical projects, the course introduces methods for retrieving and working with existing city data, investigating cities through surveys and mapping, generating data through digital sensing and ways of presenting data publicly. Students are actively partnering with the  City of San Leandro to find new ways of collecting and using data to improve city planning. 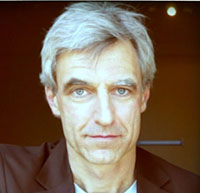 Born in Switzerland in 1967, Greg Niemeyer studied Classics and Photography. He started working with new media when he arrived in the Bay Area in 1992 and he received his MFA from Stanford University in New Media in 1997. At the same time, he founded the Stanford University Digital Art Center, which he directed until 2001, when he was appointed at UC Berkeley as Assistant Professor for New Media. At UC Berkeley, he is involved in the development of the Center for New Media, focusing on the critical analysis of the impact of new media on human experiences. His creative work focuses on the mediation between humans as individuals and humans as a collective through technological means, and emphasizes playful responses to technology. His most recognized projects are Gravity (Cooper Union, NYC, 1997), PING (SFMOMA, 2001), Oxygen Flute (SJMA, 2002), ar (Pacific Film Archive, 2003), Ping 2.0 (Paris, La Villette Numerique, 2004), Organum Playtest (2005), Good Morning Flowers (SFIFF 2006, Townhouse Gallery, Cairo, Egypt, 2006), blackloud.org, sevenairs.org, and polartide.org. 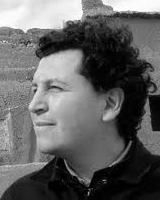 Ronald Rael is an Associate Professor at the University of California, Berkeley with a joint appointment in the departments of Architecture and Art Practice. Rael’s research and creative work transforms the practice of architecture into a cultural endeavor — one that is defiant, inventive and tied to contemporary issues. The work relies upon a deep understanding of place, and its inherent resources, and makes careful links between a broad spectrum of tools that come from manual, industrial and digital approaches to making architecture.

Using Sensors to Feel, Then Decide by Faith Hutchinson
An Example of Data Reshaping Daily Life in China by Mengyuan Jin
Black Cloud: A Case Study on Data and Empowerment by Will Payne

Data collection is a means by which to sense one's surroundings.

Public feedback is changing the way services are provided in China.

Niemeyer, Rael, and their students seek new ways to collect, represent, and mobilize urban data for citizen awareness and action.