Recently, the Canadian Centre for Architecture (CCA) appointed GUH alumnus Sben Korsh as an Emerging Curator for 2018-2019. The CCA is an international research institute located in Montréal, Quebec, while Korsh is currently an MPhil candidate at the University of Hong Kong. He studied architectural history and theory at UC Berkeley from 2014 to 2016, and while here, was an active member of the Global Urban Humanities Initiative. Since writing his MS thesis on the Transamerica Pyramid, Korsh has focused on the social making of financial spaces, and is currently writing a history of the Hong Kong Stock Exchange. He has presented this work at the Society of Architectural Historians, the Society of Architectural Historians of Great Britain, the International Planning History Society, and the Financial Geography Research Network. 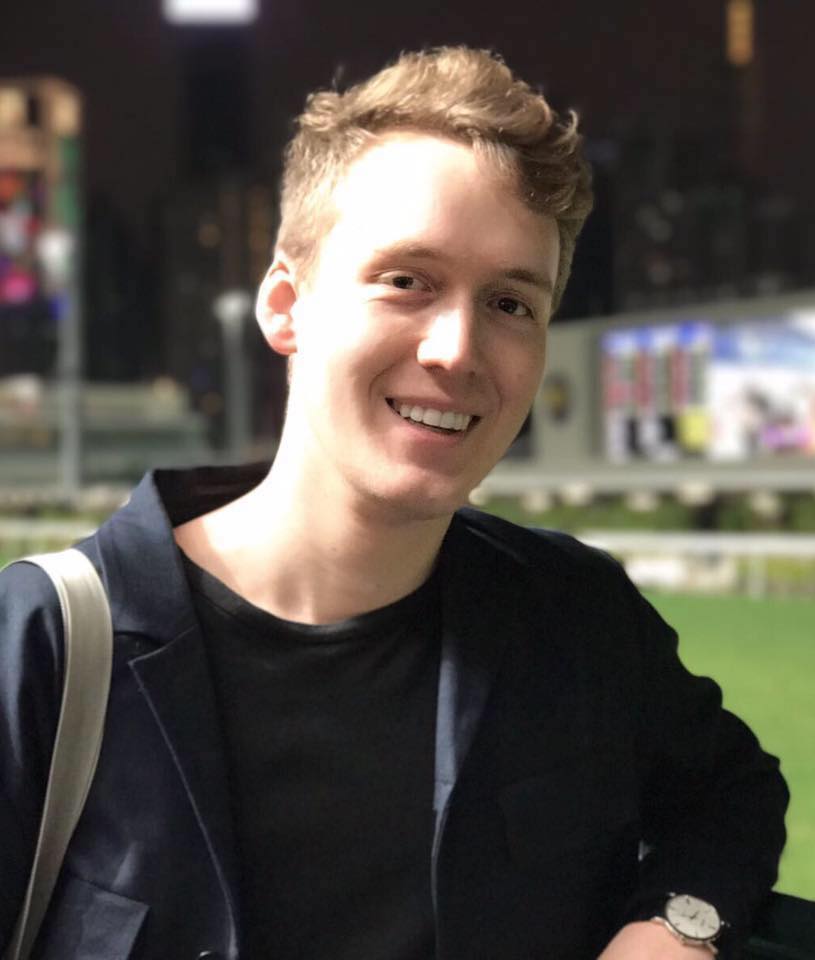 In a few ways. I participated in the research studio on Art + Village + City in the Pearl River Delta, led by Professors Margaret Crawford and Winnie Wong. And afterwards, helped work on the exhibition that came of it. I was on the GUH Student Advisory Board, and that let me be part of the larger Steering Committee discussions, including a planning retreat after the initiative got its second-round of Mellon funding. I also attended lectures put on by the initiative, and got to learn from friends in other GUH courses.

I submitted the application out of interest to go to China again. I studied Chinese in high school, and had visited before on a typical class trip to Beijing, Shanghai, and the Yangtze River. But the premise of the Pearl River studio was vastly different from seeing the Great Wall or the Bund. We studied and met with residents in small neighborhoods (urban villages), which have distinct and varying levels of autonomy from the state. Within this we tried to understand how art practices contributed to (and sometimes are co-opted for) urban change in South China’s mega-cities. How could you not join?

How did your experience in GUH help you with your current research or career?

The initiative exposed me to professors and grad students from across the social sciences and humanities interested in “the urban.” Through coursework, exhibition, lectures, and discussions, I benefited deeply from the GUH confluence of people, disciplines, and ideas. It was a big part of my time at Berkeley, and it’d be hard to just point out one or two things.

There are two. One, a bumpy ride on the back of a farmer’s flatbed trailer in Guangzhou! The other, going to Luohu Commercial City in Shenzhen with Professor Winnie Wong. The mall is 5-stories of fake goods. Winnie is deeply knowledgeable about the idea of the fake, or copy, and how it’s entangled with social conceptions of authorship. So the trip to the mall was just that, but overlaid with talk about industry, originality and judgement. She touches on these ideas in her recent article for Current Anthropology.

Not sure I can say. But I’ve found myself in a dizzying number of “global cities” over the past year. New York, Paris, Tokyo, London, Brussels, Washington D.C., Hong Kong / Shenzhen, my hometown of Minneapolis, and now, Montréal. This is of course, a lot. (Especially on a grad student budget!) But I’ve found it’s rather small in comparison to friends with jobs at international corporations, who seem to travel every other week. Part of this is from living in Hong Kong, which is a hyper-connected city. But part of this is also from a growing global culture of travel and voyaging, fueled in part by social media, mobile phones, cheap tickets, and Airbnb. Much of GUH’s work has looked at the thickness of city making and how “local” people are deeply embedded in cities, but it's also interesting to see how these seemingly superficial travels are rapidly changing the “global city,” even from what it might have been ten or twenty years ago.