The tons of documents hidden in Archives with a capital “A” around the world and managed by public and private institutions are the foundations of western public history. They support the history taught in schools and shown in museums. They help to shape the idea of who we are: our collective identity. However, they have been selected to be archived for reasons that in many cases are not clear. Even more, they have been interpreted in different ways before they become public. In this process of selection and interpretation, many things are left behind, including “inconvenient silences” that could harm political and economic interests.

Sue Mark’s project, Communities’ Crossing, focuses on the area where Berkeley, Emeryville, and Oakland intersect. One of its objectives is to provide a place for the neighborhood´s living archives (with a lowercase “a”)–the type of information usually excluded from Archives with a capital “A.” Mark imagines a place where people´s memories are accessible to everyone. “Should it be a web page?” she wonders. No, I would say. This is the reason:

In an article called “The Heritage Crusade and Its Contradictions,” [1] UCL Professor David Lowenthal describes our world as a place where the accumulation of heritage (including documents and objects) is part of the excessive attention our western culture gives to material things. Instead, he calls for an emphasis on non-material heritage where “[w]e benefit our successors less by encumbering them with a bundle of canonical artifacts and structures than by handing down memories.” Thinking on Lowenthal´s words, I see a value in the living archives described by Sue Mark in her lecture, which Archives with a capital “A” don´t have: the uniquely direct way in which the information is transmitted. In fact, face-to-face informal communication—how living archives work—allows for the transmission of information in its very raw form. In this way, personal letters, oral accounts, and photo albums are not reduced to merely data through the processes of selection, classification, and socialization which usually take place in Archives with a capital “A.” 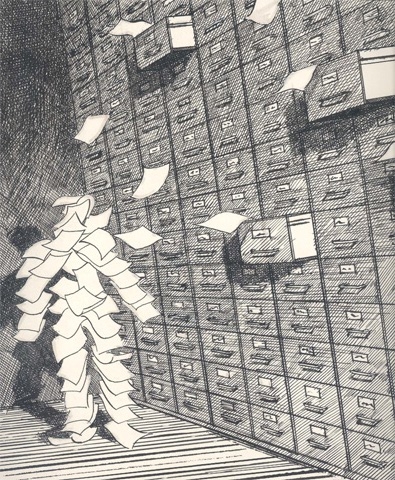 
My call is for the creation of moments in which people can share their memories instead of places (be they real or virtual), for the preservation of the informal ways to transmit memory, and for the construction of a public history which is truly public and capable of replacing the silences in the history we have been taught with voices we have not heard yet.

Jaime Gómez is a first year PhD student in the Department of Architecture.