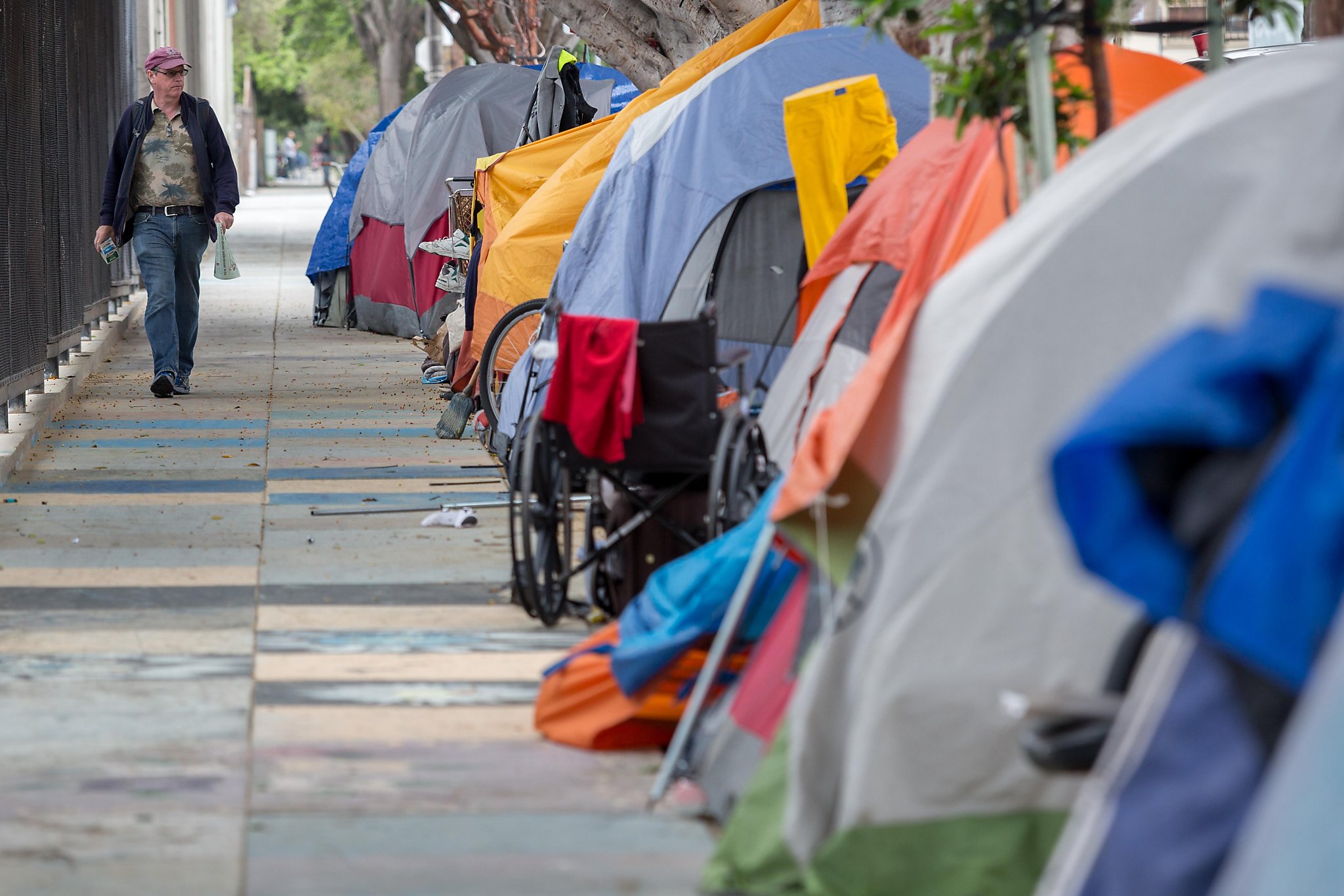 Chris Herring’s lecture focused on discussing the relationship between the police and the homeless community in San Francisco. He began by explaining that there has been a history of discriminatory laws and ordinances that have negatively affected homeless people. An example is the Ugly Law (revised in 1970s), which makes it illegal for “unsightly or disgusting” people to appear in public. Another one is the Vagrancy Law (revised in 1961), which criminalize a person’s housing status rather than behavior.

The number of anti-homeless laws also show an increasing trend over the decades. According to Herring, in 1980s, only 74 anti-homeless laws were enacted in the state. The number of such laws has now increased to 97. Today, an average city in California has around 10 anti-homeless laws. What also increased with the number of laws is the number of complaints and police calls regarding the homeless population. From 2013-2018 alone, there has been 46% increase in 911 calls and 700% increase in 311 calls regarding homeless people. From these trends, legal control has not been effective in resolving the homeless issue. There is still a significant homeless population in San Francisco, causing much social instability and civil unrest.

Herring believes that the change from aggressive policing to therapeutic policing is a big step forward in resolving the homeless issue. The difference between the two is that aggressive policing adopts “rabble management” and relies heavily on police command. Homeless people are often arrested and punished. In contrast, therapeutic policing adopts “recovery management” that treats the homeless people with discretion. Their rights are relatively more respected and secured.

In my opinion, the police have very limited power and influence in the homeless issue. The community generally relies too much on police, which only have enough power to temporarily relieve problems instead of resolving their roots. Very often, the police are caught in between the demands of the residents and the homeless people’s complaints. All they can do is to either send homeless people from one district to another, or temporarily put them in a shelter. Herring describes this as playing a game of whack-a-mole—only tackling problems from the surface, never addressing their roots. The police do not have the resources to provide more shelter space or service for mental health. Nor can they create employment opportunities and get them back into work.

I believe that the homeless issue is a complex social phenomenon that involves many different parties, and the most important players are the policy makers. The homeless issue is resulted from many factors—elevated housing costs, social inequality, poverty, legalization of soft drugs and even the A.B 109 Realignment Bill passed in 2011 to reduce of prison population. Many of these social problems can only be effectively tackled with good policies. For instance, to address high housing prices, policy makers can enact laws that cap the soaring prices, or build more affordable public housing. After all, police forces, non-profit organizations and social workers are all but supportive forces that enhance the effect of good policies. These parties play important roles in executing policies and establishing effective communication between the homeless and public. However, without effective policies, they have very limited power and influence.