Summer 2020 Ph.D. in Geography and Global Urban Humanities Certificate graduate Will Payne has two recent publications to share with the GUH community. Earlier this year, he published a co-authored article with David O'Sullivan in the Annals of the American Association of Geographers called "Exploding the Phone Book: Spatial Data Arbitrage in the 1990s Internet Boom," looking at the hidden labor and public resources responsible for the success of Elon Musk's first startup, online city directory Zip2. He also has a book chapter entitled "Crowdsourcing Before the Smartphone: The Zagat Survey's Quantification of Everyday Life in 1980s New York" coming out later this year in The Performance Complex: Competition and Competitions in Social Life (Oxford University Press). Will will start a tenure-track position at the Bloustein School of Planning and Public Policy at Rutgers University. He was also a GUH Fellow in 2019. 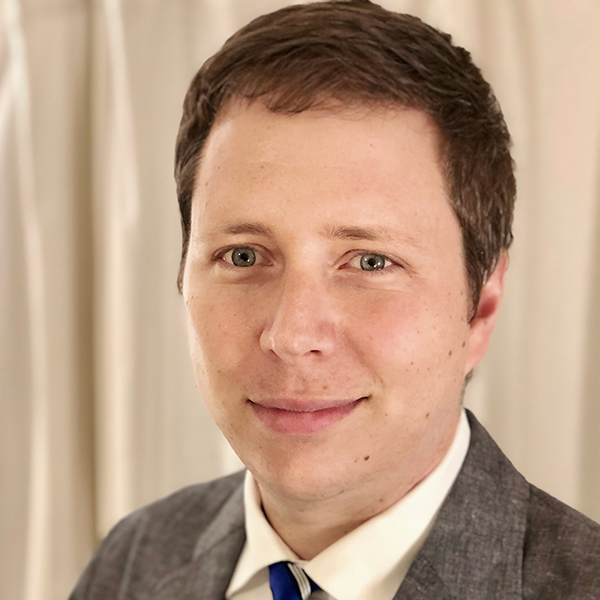 How did you first hear about the Global Urban Humanities Initiative and what made you want to join?

In my first semester of graduate school (Fall 2014), I managed to end up taking two Global Urban Humanities courses, I think purely through email/word of mouth and spotting fliers while stumbling around Wurster Hall as a geographer-errant. I was part of the Sensing San Leandro studio taught by Greg Niemeyer in Art Practice and Ronald Rael in Architecture (ARCH 229/ART 299/NWMEDIA 202), which was a great experience in interdisciplinary collaboration and working with tools as varied as Arduino programming and 3D printing. I also took the wonderful GUH colloquium Reading Cities, Sensing Cities that GUH Project Director Susan Moffat led, as one of the small group of students who discussed each week's talk afterwards for credit. Those two courses got me hooked on being part of the GUH community—serving as a student member of the advisory board and then a Townsend-GUH Fellow only deepened that engagement.

You were one of the first graduate students to complete the Certificate in Global Urban Humanities, a GUH Fellow, and now, you will be starting a tenure-track position at the Bloustein School of Planning and Public Policy at Rutgers University. How has your involvement in GUH shaped your research and/or pedagogy? Are there any projects/courses you will be working on at Rutgers?

After six years at Berkeley, I feel incredibly lucky to have found a great position at a leading public research university, and close to family and friends on the East Coast (though moving away from those in California is extremely hard, too). I am starting off in the fall teaching advanced GIS (Geographic Information Systems/Science) to a group of primarily planning masters students, possibly partly or fully remotely depending on the public health situation in New Jersey, and continuing to study the relationship between geospatial technologies and urban inequality that my dissertation research has explored. The Bloustein School has a very strong record in community development, housing, transportation planning, and active mobilities, all areas where I have ongoing research projects. I will also be starting at the same time as a new hire in urban informatics, another growing focus for the school, and I look forward to collaborating widely on projects related to civic data, open-source mapping and data analysis, and critical takes on "smart cities" projects. Beyond my own areas of experience, I've been really impressed with how the Bloustein School's expanding public health and health informatics divisions are playing a leading role in helping to understand and combat the coronavirus pandemic, which has been so devastating in the Mid-Atlantic region.

I keep returning to memories of that first San Leandro studio, everything from puzzling through Arduino programming with our rockstar GSI Laura Devendorf to presenting our projects at San Leandro's City Hall, to balancing on ladders installing an interactive LED light installation under the East 14th Street bridge in Root Park. It wasn't always easy, and my group's project, Underglow, was temporary and limited in scope. That said, it was bracing to bring some of the theoretical ideas about space and mobility I had been exploring in reading-based graduate seminars into the real built environment, and to go through such a rapid prototyping process using several emerging technologies, all without a commercial imperative. Everything I've seen come out of the other GUH studios over the years has impressed on me how important these experiences can be for building collaborations between students in environmental design degree programs and those in the humanities and social sciences, especially since we otherwise might never overlap in our graduate coursework.

We are now in month 3 of quarantine and many people have taken this time to turn inward and discover things about themselves that they may not have realized before. Have you discovered anything about yourself while you've been sheltered at home?

One thing that I've discovered while sheltering in place with two kids under the age of five is the joy of seeing the natural world through their eyes, even in the urban East Bay. Especially after reading Cal grad (and fellow resident of Oakland's Grand Lake neighborhood) Jenny Odell's great book How to Do Nothing, I have been trying to educate myself more about the diverse ecosystems of the Bay Area. While her book is skeptical of the social media "doomscrolling" and navel-gazing that smartphone apps monetize, she points out how useful technology like iNaturalist (a citizen science project that uses machine learning to identify plants and animals) can be in cultivating a baseline ecological awareness. Now, anytime we're out on a (physically distanced) hike, our older daughter is quick to yell out, "Dad, I found something for you to identify!” from the humble Western Fence Lizard to gorgeous local wildflowers like Ithuriel's Spear or Sun Cup.

Trying to help our older daughter understand what's been happening with the Black Lives Matter protests and the struggle against police brutality in the United States has been challenging at times, but also a necessary wake-up call that most Black children her age have a much more visceral understanding of race and the role it plays in the daily lives of their family members. We have never been a Paw Patrol family, for both aesthetic and political reasons, and have been heartened by Sesame Street's continued leadership in countering white supremacy. Honestly though, I think it can be so easy as White parents to look past the ideology that even very young children are exposed to: that police always help, criminals are easy to see and deserve to be punished, and even that the monarchy is a quaint, harmless social institution (I'm looking at you, otherwise excellent Daniel Tiger's Neighborhood).

Tell us one thing you are reading/watching/listening to that is helping you get through the quarantine.

Between finishing up the dissertation and preparing to move during a pandemic, I haven't had much time to catch up on pop culture or dive deep into baking (especially now that Arizmendi Lakeshore is doing takeout again!). That said, I'm currently reading Alex Vitale's The End of Policing (now free as an ebook), as one way in to understanding some of the conversations about police abolition versus reform, along with the work of Black geographers and social scientists like Ruth Wilson Gilmore, Simone Browne, and Berkeley Geography's own Brandi Summers, who has written several great op-eds lately connecting her work on gentrification in Washington, D.C. to the current uprisings. For fun, we've enjoyed the latest seasons of The Good Fight and Star Trek: Discovery, although even that relatively escapist space opera has been the target of fragile White male backlash (and IMDB rating brigading) for its relatively progressive politics and inclusion of queer and BIPOC lead characters. Oh, and my friend Robin Sloan's current-running newspaper serial in the East Bay Times and San Jose Mercury News, set in an alternate universe where the Bay was filled in!

Posted on June 09, 2020 by sarahhwang@berkeley.edu
Filed under: Art+Village+City, San Francisco

Venezuelan-born artist currently based in Oakland, Jose Figueroa works in drawing, photography, video and sculpture. Best known for his map-like drawings that document his surroundings in playful detail, Figueroa is a keen observer of life. A self-described "impressionist," his recent travels to Paris, Cherry Grove and around San Francisco have provided much inspiration for his growing archive of queer spaces: clothing-optional beaches, clubs, among others. He studied at the Skowhegan School, Cooper Union (BFA) and received his MFA from the University of California, Berkeley. He was a graduate student in the 2015 GUH studio ART+VILLAGE+CITY in the Pearl River Delta (ARCH…