In The Practice of Everyday Life, Michel de Certeau writes, “There is no place that is not haunted by many different spirits hidden there in silence, spirits one can ‘invoke’ or not.” In his recent lecture on the history of the Nishimaru-cho neighborhood of Tokyo, Jordan Sand, Professor of Japanese History and Culture at Georgetown University, reminded us of the importance of history in our reading of cities. Current literature on the “megacity,” Sand argued, is disconnected from the history of cities, and the history of Tokyo offers relevant evidence of “megacity” trends, should one care to “invoke” its spirits.

In offering a detailed history of Nishimaru-cho, Sand presented a narrative of its development from the Meiji Period up until present day. Central to this narrative was the figure of Osaki Tatsugoro, an illiterate builder who purchased the peripheral land at the end of the 19th century, and built a neighborhood that the government would eventually designate as a “slum” in 1932. A historical marker stands in Nishimaru-cho today, but neglects to mention Osaki’s importance in the area’s creation. The neighborhood’s narrow roads, holdovers from Osaki’s planning, bear witness to his presence all the same. 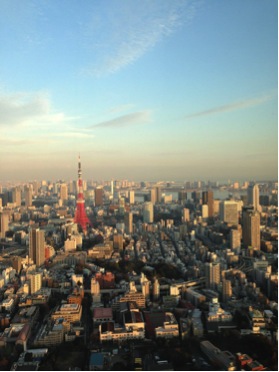 
Osaki was able to dictate his life story, and its publication serves as historical evidence of his role in the creation of Nishimaru-cho. In invoking Osaki’s story, through Osaki’s own words, and repositioning his life into the larger history of Nishimaru-cho, Sand reminds us of the important potential history offers in informing our reading of urban space. Many read Tokyo as a “megacity” today, but the history of Nishimaru-cho points to a larger scale in which to read Tokyo as such. Nishimaru-cho is but one small neighborhood in a vast metropolis, and one wonders what similar investigations into other neighborhoods could yield. If indeed, to quote de Certeau once more, “the very definition of a place… is composed by (a) series of displacements and effects among the fragmented strata that form it,” our understanding of cities may require as much digging as reading.

Jon Pitt is a graduate student in the East Asian Languages and Cultures Department at UC Berkeley studying Japanese Literature.