Moffat presented on The Atlas of the Albany Bulb, her oral history and mapping project about a landfill on the eastern shore of San Francisco Bay, which has been the location of bitter battles between people holding different notions of the proper uses of public space, and of what a park should be.

The Albany Bulb is not on everyone’s mental map. As a Bay Area native, I had never heard of it before enrolling here at UC Berkeley where it has acquired a certain long-standing focus of attention being at the confluence of heated local politics and bay-side ecological, preservation, recreation priorities. Susan Moffat’s lecture on the Bulb begins with the statement: the Bay is young. This is true, though it predates our familiar European settlement patterns by several thousand years, yet those same settlement patterns effectively continue the process of creating the Bay.

The Bulb is made of “fill” which, as we explored, is a generic name for a wide array of potential conditions affecting formerly open water or marsh space. “Fill,” as an idea, can also explode into a tangle of legal intentions too, but the fact beneath all this is that the Bulb is comprised of different elements from disparate places; be they disassembled, scooped, broken, accumulated or dredged, they have formed this small peninsula in an accretionary process. As the Bulb was not here during the Bay’s infancy, nor here even one hundred years ago, and will likely not be here a century into the future due to predicted sea level rise, it can only be understood in section as a temporarily physical story of layers, mostly manmade. It seems acutely ironic, in this case, that the actual human element living upon and adding to these layerings are now being required to leave.

Two questions/comments posed by listeners at the end of the lecture stuck with me. To paraphrase:

These two opposing stances illustrate the root of the schism leading to increased levels of control at the Bulb, and ultimately the conversion to official park space, purportedly the most democratic, all-serving possibility. But I would challenge that the traditional idea of democratic park (design and management) might be able to take on a different strategy if it refocused on this idea of ephemerality embodied in the land of the Bulb itself. 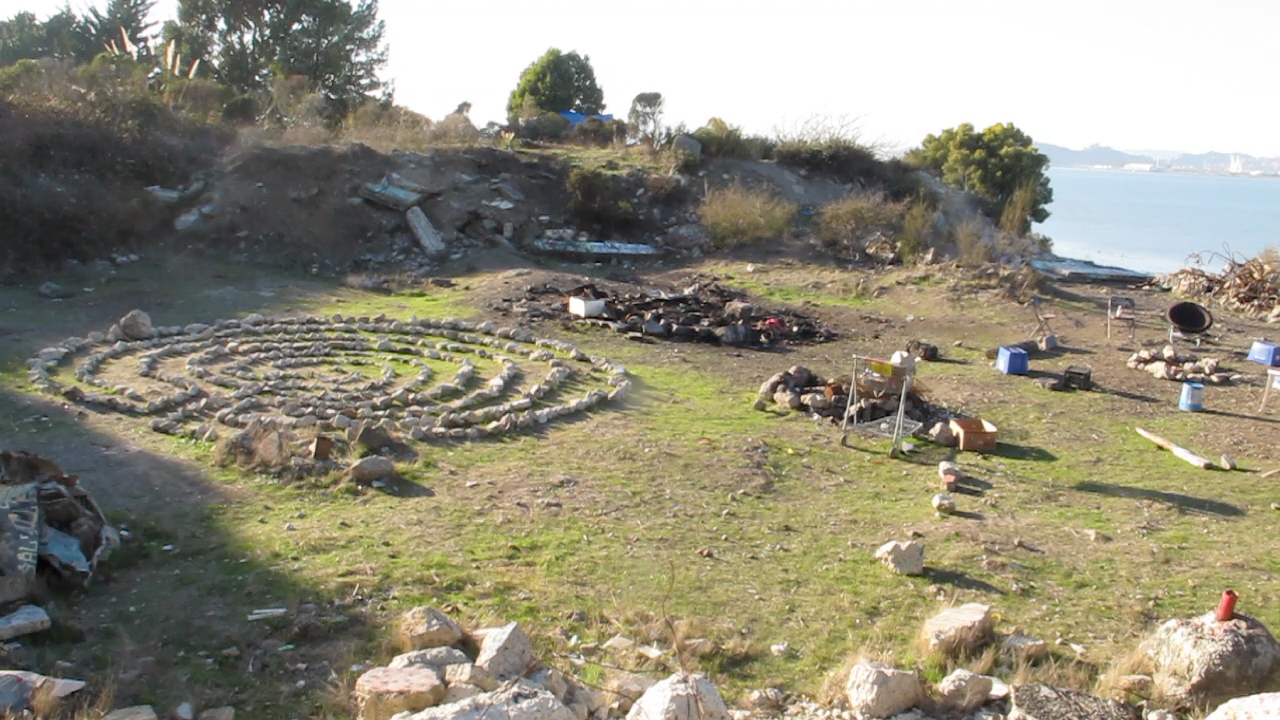 In Rubble: the Afterlife of Destruction, Gastón R. Gordillo examines a wide array of pileups from past forces of capital acting upon the Chaca region of Argentina. While taking care to decouple the idea of “rubble” from the cleansed idea of “ruin,” Gordillo illuminates a continuum of accumulation from crumbling churches to abandoned infrastructure to buried bones of past massacres to memories of native lifeways built into the identities of the Gaucho culture of the territory. It seems that if this sort of wide-angled view were taken of the Bulb, accepting of its multi-layered temporality, and this view could then expand the concept of “park,” then the comments above might cease to be opposing. The idea of “fill” could then become more culturally accurate, and the idea of “park” could be young once again, like the Bay itself, before folding in as yet another layer of this transitory and charged place.