In his keynote address, “Mexico City: From Revolutionary Ruins to Global City…and Back Again,” Rubén Gallo asked the question, “What does it mean to use Havana to think about Mexico City?” With radically different first impressions of each capital, Gallo suggests that each city reflects an omnipresence of ruins. While ruins have almost become a stereotype of Havana, the official discourse of the ‘new’ Mexico City, centers on the city as a thriving metropolis, experiencing a moment of discrete economic growth, yet ruin has always defined the city’s history. In the Zócalo or main square of central Mexico City are the remains of a great temple of the Aztec city of Tenochtitlan. The Zócalo later became the site of colonial power, flanked by a 16th century church and governmental building and now stands as one of the foremost tourist destination in the city. The 1920s and 1930s were seen by many scholars as the golden age of Mexican art, with Frida Kahlo, Diego Rivera, and experimental poetry and literature “synchronized to reflect the modern new world,” but life during that period was also framed by the everyday experience of collapse as demonstrated in photos of the destruction left behind by the Mexican Revolution—images which Gallo points out are more often associated with Havana than Mexico City. Gallo argues that though the 1920s was a moment of life in shambles, most scholars reflect on it with optimism, focusing on new building, expansion, and experimentation. In the 1950s, Mexico City entered what many believe to be its golden age of economic and political stability. 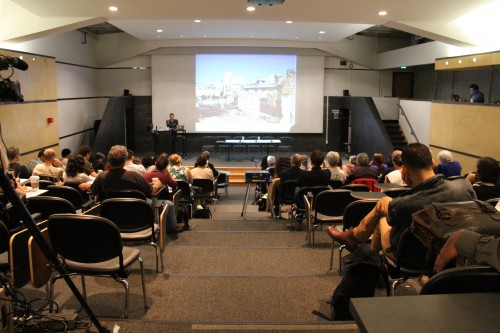 Gallo cites the construction of Mario Pani’s 1960’s housing development, Conjunto Urbano Nonoalco Tlatelolco, which was the largest in Mexico and one of the largest in the world, as an example of the new development intended to convey a “new” Mexico City. During the excavation, the ruins of what was believed to be a pre-Columbian necropolis were discovered, however, Pani refused to halt the construction of the complex, limiting future scholarship of the site. This project intended to distance the city from the image of ruins itself became a site of ruin, first in 1968 with the Tlatelolco massacre and then in 1985 when an earthquake left parts of the complex in ruins for decades. Gallo asks if ruins are a constant presence, why do most scholars not think about the city as a city of ruin? Today Havana is critiqued for turning its ruins into sites for tourism while Mexico City has used the disruption of modern construction as a way of concealing its ruins. This dialectic of exposure and concealment, problematizes “exactly what type of ruin that is being concealed?" 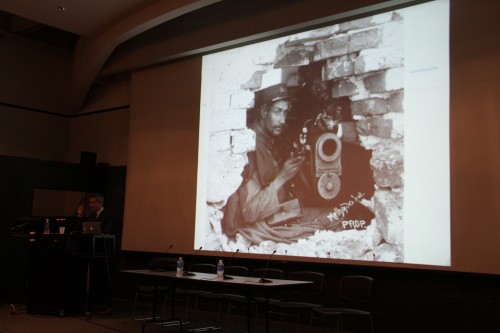 “Never has Mexico City been so fragile on the inside—drugs and corruption have penetrated every level of society, justice and ministries are in shambles, all systems meant to take care are in ruins.” Gallo leaves us with the question: “Havana’s ruins can be fixed but how do your rebuild trust, ethics, and respect for human rights? Where does a society begin a process of national reconstruction?”