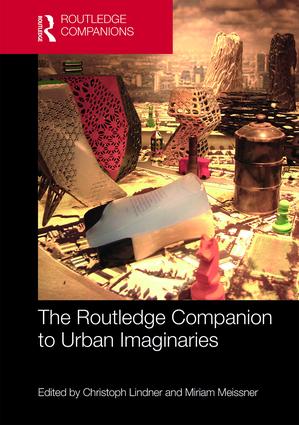 Jason Luger from City and Regional Planning has recently published two essays. In August 2018, his article “Digital Geographies of Public Art”, co-written with Martin Zebracki, was published in Progress in Human Geography. He also contributed a chapter to the upcoming book Routledge Companion to Urban Imaginaries. Read the abstracts and find the articles at the links below.

Responding to geography’s digital and political turns, this article presents an original critical synthesis of the under-examined niche of networked geographies of public-art practices in today’s politicised digital culture. This article advances insights into digital public art as politics, and its role in politicising online public spaces with foci on: how digital technologies have instigated do-it-yourself modes for the co-creation of art content within peer-to-peer contexts; the way art is ‘stretched’ and experienced in/across the digital public sphere; and how user-(co-)created content has become subject to (mis)uses, simultaneously informed by digital ‘artivism’ and a new global politics infused with populism.

In a paradigm where urban theorists are re-mapping the concept of “urban” as a planetary phenomenon (Brenner, 2014), both rooted to place and dynamic/relational in scale, scope, and process, cyberspace emerges as a crucial site of encounter and transformation (see Rose, 2016). “Space-time compression” (Massey, 1993) and the “network society” (Castells, 1996) have given rise to a new digital public with instant, real-time, social, cultural, and political networks forming and relating across diverse contexts, assembling into hybrids and temporary, yet powerful, linkages to material urban space in different cities.

Meanwhile, populist cultural wars have erupted and ricochet around the planetary urban-scape in digital and material forms, linked in theme yet varied and highly contextualized. The cyber-city offers a lens to explore these cultural contestations and the ways that hybrid understandings of identity (gender, sexuality, race, religion) as well as class and ideology are formed by these cyber-encounters, and thus, transform the urban and expand the discussion on the digital urban imaginary.

Engaging with the themes of the digital encounter, populism and the new authoritarianism sweeping the globe, this chapter highlights one example of the complex relationship between the built environment, cyberspace, and contested politics. The “Pink Dot” LGBTQ gathering in Singapore, and accompanying “Wear White” campaign, demonstrate the way that the political encounter occurs in and out of territory, and the power of populist imagery and symbols in material and immaterial forms. Substantively, this chapter explores the way that the urban cyberspace is crucial to negotiating, performing, and realizing transformative politics at scales much larger, more hybrid, and more planetary in nature than the territorial city itself. In cyberspace, the populist cultural encounter becomes a global conversation with a powerful capability to remake space, place, and politics.