Presentations available here.
Video of the conversation available here.
Padma, Lawrence, Karin, and Kirsten shared reflections on their research and the process of curating their respective publications coming out in Spring 2015.

Karin Shankar and Kirsten Larson seek to discover the various participatory processes that unfold, or don’t unfold, when New Delhi and São Paulo grassroots community organizations attempt to manifest their dreams for social change. During several interviews they each identified 10 organizations that consider themselves to be “participatory”- asking them questions such as, "What is urban citizenship? What does taking part in the city look like? Do you participate?" After their interviews are translated and transcribed into English, results will be posted on the diptych-style website and hopefully used as a resource for international community-based organizations to share participatory practices.

In my opinion, the most important information came during Kirsten and Karin’s description of the "ART" in "pARTicipatory" and its place in the formation of not only the city, but its citizens. Quoting Clare Bishop, Karin says:

What we find is that these diverse organizations not only engage with their goals for enacting community transformation on a daily basis, but also grapple with the meaning and social process of forming the “citizen.” Classically, citizenship involves adopting a set of rights and privileges in exchange for other freedoms as defined by statutory law. Citizenship then, by default, inherits a notion of belonging to, or being welcomed into, a group or larger body of fellow citizens. This two-fold definition, one being a strict political procedure and the other involving a more esoteric formation, is at the heart of pARTicipatory Urbanisms. Chintan, an informal waste workers collective in New Delhi states that an urban citizen should have a basic standard of living and access to the city. Cia Antropofágica, a street theatre collective from São Paulo, did not claim to have a political stance or assertion on the topic but did state quite emphatically that, "We do not have direct politics, but if a politician wanted to become a magician, and didn't, isn't that political?"

In both cases we were challenged to consider the periphery of urban environments, the social periphery and geographic periphery, or the peri-urban. The peri-urban is home to the most rapidly growing population of working class citizens, immigrants and urban poor in major metropolises worldwide. These urban environments are often reflective of apathetic, remiss governments whose relationship with their citizens is akin to that of an absent, negligent, and sometimes blatantly abusive, parent. Basic services and access to a dignified way of life are not promised. As we may come to discover, the formation of the “citizen,” an oftentimes politically empowered character, is not what we find. Instead, a new definition of “citizen” may be more appropriate.

As previously mentioned, art and politics do not seem like the most similar of traditions, however, both have intermingled since their earliest conceptions. From the brazen street installations of Banksy to the behind-the-scenes conversations with Louis “Satchmo” Armstrong, art and collective voice have been exercised to reject cultural assimilation, subvert hegemony, and to assert oneself into and onto the urban landscape. 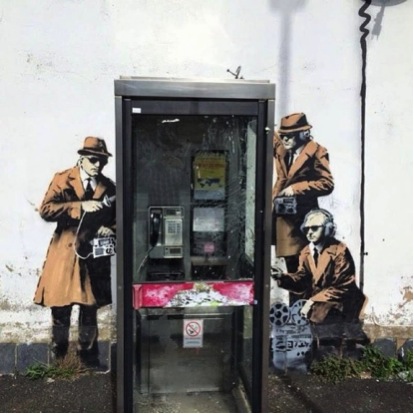 
Thomas Brothers writes in Louis Armstrong's New Orleans that Louis Armstrong's disinterest in cultural assimilation was "an indication of psychological security and confidence... It may also be taken as a political stance. To insist on the value of vernacular culture and to reject assimilation was not an idle position to take," and still isn't to this day. Perhaps the essence of citizenship, then, is the psychological security and confidence expressed by those participatory organizations on the periphery, the outliers engaged in vernacular culture. Via participatory processes citizen groups acknowledge and engage with their commonalities, their common work and common struggle in the city in which they dwell, and recognize that by virtue of existing, that the “belonging” one feels as an attribute of citizenship is the blood, the beating pulse of what it means to be a citizen. As for the aforementioned “politically empowered character,” well, I'd say that is a matter of perspective. 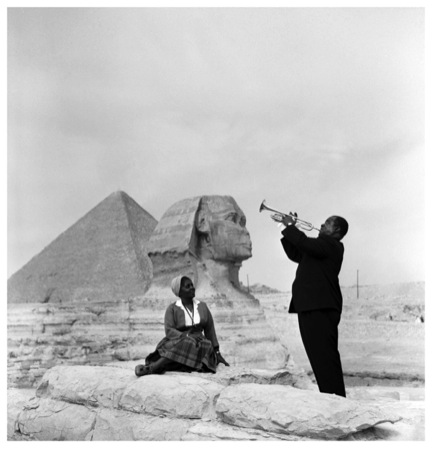 
Our bustling metropolises are not only synonymous with the often political contestation of physical space and geographic place, but are now (one could say “still”) the epicenters of where the evolving nature of what it means to be a “citizen” is challenged. pARTicipatory Urbanisms will surely take our understanding of participation and citizenship to new progressions and more importantly serve as a positive, transformative tool for international grassroots organizing.

Brandon Harrell is a graduate student in the Master of City Planning program at the UC Berkeley College of Environmental Design.